What is green hydrogen? And why should we start using it in 2022? 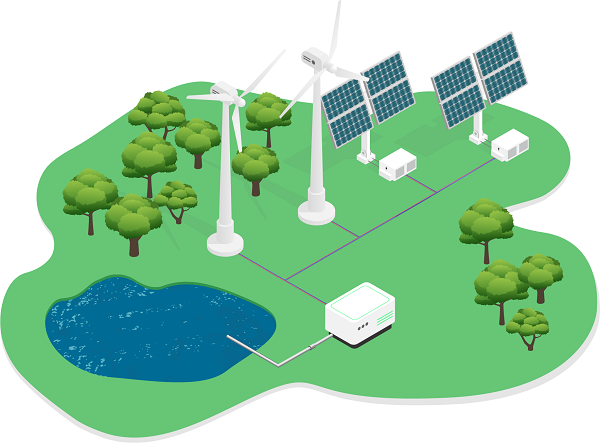 The world is changing. In 2022, green hydrogen should become a more dominant form of clean energy. This type of hydrogen is produced using renewable resources like solar and wind power, making it a more sustainable option than traditional fossil fuels.

Green hydrogen has many benefits, including reducing greenhouse gas emissions and helping to stabilize the climate. It’s also a great source of energy for vehicles and transportation systems. With continued advancements in technology and government policy, green hydrogen can play a major role in the fight against climate change.

Between 31st October 2021 and 12th November 2022 we saw the UN engage in climate talks at COP26 in Glasgow to accelerate action towards the goals of the Paris Agreement. Following the recent IPCC report 2022 we believe now is the time for companies and governments to invest in green hydrogen. We believe government legislation needs to incorporate green hydrogen as part of the clean energy mix to achieve the UK’s climate goals, especially towards the “Mitigation – reducing emissions” goal outlined at COP26.

Read on to discover why green hydrogen is vital to our future.

What is Green Hydrogen?

Hydrogen is a non-toxic colourless gas, even when it’s referred to as green hydrogen. It’s the most abundant element – it’s estimated that 90% of all atoms are hydrogen atoms, comprising around three-quarters of the total mass in the universe.

How is hydrogen generated?

There are no natural hydrogen deposits on earth, it has to be extracted from other compounds by a chemical process. The vast majority of industrial hydrogen is currently produced from natural gas through a process known as steam methane reforming or SMR.  Producing hydrogen in this way is sometimes referred to as brown or grey or even blue hydrogen!

What are the by-products of hydrogen generation?

Steam methane reforming (SMR) reacts the methane in natural gas with high-temperature steam in the presence of a catalyst. This produces hydrogen, and ultimately carbon dioxide, CO2.  As natural gas is relatively cheap, the hydrogen produced is also relatively cheap.  However, the standard SMR process has the considerable disadvantage of releasing large quantities of CO2 into the atmosphere, CO2 is well known to be a highly significant greenhouse gas.  It’s less well known that methane itself has a global warming potential that is 85 times higher that CO2, so any small gas leakage of methane from its source and on through the process is also a significant contributor to climate change.  The unlimited production of hydrogen using SMR is a major issue in our attempts to avoid climate disaster.

Versions of steam methane reformation where the CO2 is captured and stored in a stable form elsewhere (Carbon Capture and Storage – CCS) has been proposed as a better alternative.  CCS may well be workable, however there are doubts around our ability to manage and finance the storage of captured carbon through future decades and probably centuries or even millennia.  Unfortunately we don’t have a good track record for managing the massive captured carbon deposits we’ve inherited. The UK’s peat bogs and moorland are vast carbon stores and emissions and our management are causing considerable concern: https://www.bbc.co.uk/news/uk-49074872

If renewable energy (e.g. from Solar panels) is used to generate electricity for electrolysis of water then the green hydrogen can be generated without any harmful emissions.

Our ability to produce large quantities of green hydrogen will play a major role in providing an alternative to fossil fuels as we transition to low emissions and work towards a clean, healthy environment. With electric cars becoming more and more popular, we need to rethink our strategy for electricity generation if we are going to support the increased amount of EV drivers that will be on the road needing to charge their electric cars. Through the use of green hydrogen, we can foresee a sustainable future in handling this increased demand.

Find out how GeoPura can make a difference in providing EV charging solutions and how we promote total zero emissions through the use of hydrogen, to solve the issue created by the increase in electric car owners and their need for electricity for years to come.

Contact GeoPura for further information about how we can change lives and change the world with the incredible fuel, green hydrogen.